Fly-by-wire (FBW) is a system that replaces the conventional manual flight controls of an aircraft with an electronic interface. The movements of flight controls are converted to electronic signals transmitted by wires (hence the fly-by-wire term), and flight control computers determine how to move the actuators at each control surface to provide the ordered response. The fly-by-wire system also allows automatic signals sent by the aircraft's computers to perform functions without the pilot's input, as in systems that automatically help stabilize the aircraft. (Courtesy of Wikipedia)

Current applications of fly-by-wire technology include the now defunct, space shuttle program, and the braking systems in modern automobiles produced by Mercedes-Benz, as well as Toyota.

Put it all together:

Put it all together and you have an orchestrated creative marketing effort (Opus) occurring and experienced through an electronic interface: the internet (By Wire). We thought this was a pretty clever execution for a url particularly since the obvious choice (opusmedia.com) is already taken by domain squatters. In hindsight, we didn't anticipate having to continue to explain the origins of the domain name or having to slowly sound it out over the phone every time it comes up. We're glad to have taken the time to write a brief synopsis in hopes of dispelling future confusion.

Sailing the 3 C's of SEO 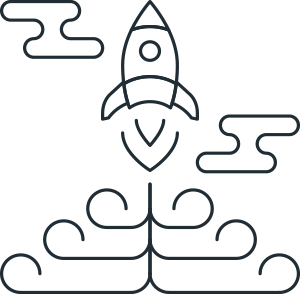 The best time to fix your marketing is yesterday. Make up for lost time and let’s start planning your future success today.

Opus Media LLC is a full-service web design and marketing boutique established in Baltimore, MD in 2008. We excel in delivering marketing solutions that are founded in thorough planning and research, designed to speak to a target audience, and implemented in a coordinated manner across marketing channels in order to deliver the greatest impact.

Shoot Us A Note